The spiders are coming
The spiders are coming
Even my fierce little tigers are running
Larger and hairier every year
Projecting tranquillising pulsating fear
Not to me
Like water off a duck’s back
But put one on my back though and I might start to crack
In fact last year a little one lived above our soap dispenser
For want of a better name we called him Spencer
Spencer the Spider, that was it
The exact same corner of the kitchen he would sit
Motionless for days in the web he’d made
Blew for a reaction and he acted dismayed
“Sorry there Spencer, just checking you’re alive”
One day he wasn’t there and I nearly cried
Leant against the window to text the wife
And down my back felt signs of life
“Oh bollocks, get it out, get it out, get it off!”
He fell on the floor and I got a shock
“Sorry mate” but just left him there
I mean I pretended to love him but I didn’t really care
An hour later I went for the broom but Spencer was nowhere to be found in the room
He was definitely there before next to my feet
Oh shit, has he become toddler meat?
“Alice come here love, open your mouth”
Swabbed around her gums but no legs came out
Could’ve been one gulp, swallowed it whole
But she’s only got 6 words so I guess we’ll never know
Early next morning getting ready for work
He’s back in his familiar spot with a smirk
“You little rascal! Cheeky get!”
Spent a week in France and me and Wifey had a bet
“He can’t still be there upon our return”
“In your face Elaine! Sick deep burn”
Same as always perched on his web
She said “Give me that fiver back, I think he’s dead”
“Poor little fella” 10 secs of being solemn
I wouldn’t share 1 for this morning’s gollum
Huge it was I tell thee for nowt
Not even a glass big enough to chuck it out
Fourth one this week, no longer an occasion
Getting prepped up for a summer invasion
2017, I know it’s going to come
I can almost hear the silk being spun
So arm yourself with raid and mace
Eight legged freaks as big as your face
At least too big to eat in your sleep
But no more baths, we’ll have to wash in the streets
And check your feet for bits of legs
And have someone keep an eye on the rear of your head
And in times of crisis think of the upside
At least we’ll get rid of all the flies 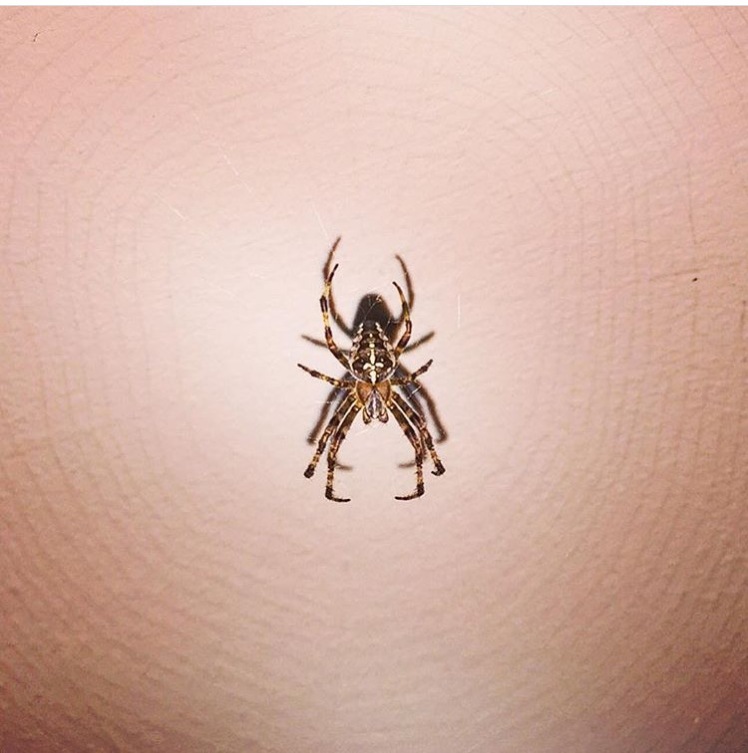